About North Carolina Physicians For Freedom

NC Physicians For Freedom began as a small grass roots group of physicians standing for medical freedom in our State.  Over just a few weeks, the group grew into a network of physicians, advanced practice providers, dentists, chiropractors, and scientists ready to stand for change.  We are committed to becoming a trusted resource to leaders, decision makers, and citizens to help share a message of hope and truth throughout the state of North Carolina and beyond. We advocate for our patients and communities regardless of medical decisions and stand on our core values of right to treat, informed consent, respecting professional opinions and patient rights and privacy.

While we are NOT a practice or a team of physicians working side by side on a daily basis, we are working behind the scenes to drive changes to our healthcare system.

You can find a very limited directory of our providers here.  Most of the providers in our network must remain confidential due to employer restrictions.

Dianna Lightfoot is a health care policy advisor and networking expert with national and international experience.  In 2017 she was appointed by the White House to the position of Senior Policy Advisor for the United States Agency for International Development (USAID) in Global Health.  In this capacity, Ms. Lightfoot’s responsibilities included interacting with the Department of Education, Health and Human Services and the State Department, coordinating on health-related issues as well as global security, education reform, migration, the environment, and human trafficking.

During the 2016 Presidential campaign she served as the National Medical Coalitions Director for Dr. Ben Carson.  From 2000-2011 she founded and was president of the National Physicians Center (NPC), a network of 90,000 medical experts. The NPC is a non-partisan, non-profit organization formed to support and promote best practices in healthcare and education public policies through a network of physicians and other health care experts acting as advisors.

Ms. Lightfoot has spoken at numerous national and international health and education conferences and partnered with China’s Ministries of Health and Education on multiple public health initiatives, including Mental Health and HIV-AIDS prevention.

Ms. Lightfoot holds a Master’s Degree in Psychology and Community Relations, a counseling license, and a secondary teaching credential. About Emily
Emily Saunders is a wellness advocate and entrepreneur. Her greatest passion is connecting people from many backgrounds together on common ground. As our Network Director, Emily helps our experts plug in to our growing network and assists citizens in making needed connections. Emily holds a BS in Business from Wake Forest University and loves advocating for truth and transparency in all aspects of life. Our network also includes an Advisory Board composed of trusted medical professionals from a variety of specialties. 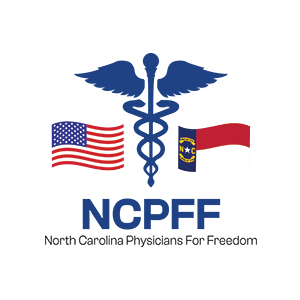